The electrical grid transformation that is in process is, if anything, increasing in speed, with innovation and DER deployments increasing in number, diversity and geographic breadth.  One of the most critical factors in this transformation is solving the interoperability challenge that is historically part of the industry DNA.

The incorporation of grid edge components – e.g., generation devices and loads, DERs – leaves the industry no choice but to solve the interoperability problem because of the size and scale of the interoperability challenge.   The industry is stepping up to the problem in a typically chaotic and point solution way.  The efforts consist of different interest groups (utilities, vendors, regulator is, researchers, etc), solving different aspects of DER interoperability in an uncoordinated way while some Regulators and Governments attempt to standardize the effort.

During the months of March and April, 2020, QualityLogic conducted a market survey to assess:

The information on DER standards available to those who need it comes in varying forms and accuracy.

The most useful is directly from an Interoperability Test and Certification Authority (ITCA) such as the UCAiug (IEC 61850, OpenFMB), the DNP3 User’s Group, the OpenADR Alliance, etc.  Each provides information on the standard itself, the testing and certification programs, certified products and future plans.  But the form of the information and it’s timeliness, etc., vary from ITCA to ITCA.  And most importantly, the information typically does NOT include an objective comparison to other standards or evaluation of the quality of the testing and certification program it operates.  Finding insights on potential implementation pitfalls is particularly difficult.

For a utility, regulator, vendor or researcher to gain a potentially useful overview of the currently available standards for DER communications, the sources he/she would need to consult include:

As noted, a user attempting to understand and select one of more grid-edge interface standards is faced with a daunting task of either wading through the available data, paying a consultant to do so or simply accepting vendor claims that they can successfully handle the application (most likely with proprietary interfaces).

Most people are focused on a few key open protocols that are being mandated or attaining traction for DER communications.

To the extent that building codes, the National Electrical Code and other codes and standards have impact on the selection and implementation of grid-edge communication standards, this adds additional complexity to finding the relevant information on the standards.  For instance, the 2019 CA Title 24 Building Code requires residential buildings with interconnected energy storage systems to support both OpenADR signaling for Demand Response and CA Rule 21 interconnection requirements for IEEE 2030.5.

The survey results reinforced our hypothesis that the information people get comes from a variety of sources.  There is no single dominant source so users must assemble their own picture and conclusions based on discussions and research with multiple sources.

60% of respondents pointed to vendors as their source of information on standards.  This is very problematic given the natural bias of vendors for their own proprietary protocols to lock in utility programs and customers.

Our definition of the DER domains, and a potential organizing model for DER protocol information is:

From an interoperability perspective, the DER interfaces need to be paired with some sort of functional device or system requirements.   Without a clear specification of the functions that devices are expected to perform, along with specific performance requirements, the goal of interface standardization is difficult, if not impossible to achieve.   If each DER system behaves differently with different nomenclature for its functions, then a standard protocol for communications makes no sense.

For instance, smart inverters in CA will soon be required to meet the functional requirements specified in IEEE 1547-2018.   Not only does this enable a standardized management of these assets by the grid operator, it enables the standardization of the communications.  All smart inverters interconnected in the CA IOU territories will be required to support the functions specified in IEEE 1547-2018 such as Volt-Var, Frequency-Watt, Nameplate ratings, etc., as well as a specified communications protocols for interacting with grid operators.  In theory, this means that a single message sent in a specified protocol to different inverters will result in identical behaviors with respect to grid support and safety operations.

An example of the lack of such a specification is the EV charging stations (EVSE).  There is a UL safety standard but no single standard for communicating with the EVSEs about managed charging or V2G applications.  CA is working on this issue and the protocols under consideration will be included in our newsletter.

At this point in time, the relevant protocols by domain are:

We would expect to add additional standards as they gain momentum for one of the above applications.

The survey offered a subset of protocols for ratings on importance.   The only additions offered by respondents were cybersecurity and the Facility Smart Grid Information Model (FSGM – ISO 17800).

The results reflect a mix of respondents focused on SCADA and substation communications versus those focused on behind-the-meter DER and DR assets.   It is not surprising that the IEEE 2030.5 and OpenADR were deemed highest priority for two reasons: in the behind-the-meter DER domain, these are the two leading protocols and secondly, our database is biased towards these protocols since we are directly engaged in both.

The priority for DER standards information in our survey were:

One question we were interested in answering is: what information is most important to people looking for DER protocol’s information?  Description was the highest priority.  That makes sense in the context that most people have only a vague idea what a particular standard is designed for and capable of.

The next area of interest is adoption, both in terms of who is adopting and implementing, and which vendors are supporting a standard and how so.   It is natural for anyone considering using an open standard to want to know where it is mandated and how big (and growing) the eco-system is using it.

We think the interest in current status is driven by a desire to understand a standard’s stability.  Is an update in process?  Does a certification program exist and how effective is it?  And for some people, understanding the history is useful in placing a standard in context.  For instance, understanding that OpenADR is a subset of the Oasis Energy Interop standard opens the potential for adding transactive functionality to OpenADR.

Where to get education and training are next in priority but probably highest for those actually working on an implementation based on a standard.  There is both high-level education on the standard and its eco-system and in-depth technical training for those doing actual development work.

Finally, we asked people to rate interest in commentary, advocacy, and calendar of events for standards.   These were lowest on the ratings but still of interest.

We were so impressed with the number of people who responded to our survey (68 out of 1500 invited which is good) that we decided to create GridEdge Intelligence to address the gap in DER protocol specific information.   Besides a focus on individual protocols, we included a whole section on interoperability that we call Interop Essentials.   This is aimed at helping people understand how a truly interoperable, standard-based eco-system can be created along with background information on the protocol world itself – e.g., the SEPA Catalog of Standards and the new NIST Framework and Roadmap for Smart Grid Interoperability.

One of the biggest gaps in the DER standards landscape, in our view, is the twin issue of understanding comparisons between standards and the inter-standard communications that some applications require.  For instance, in the V1G and V2G domains, the standards are not agreed upon and a typical scenario may involve communications using 2-3 different open standards (see our blog on this issue here).  This is another topic we plan to address in GridEdge Intelligence.

As the global power industry moves towards a more distributed, carbon-free power system, the standardization of the communications for information exchange and grid management operations is only going to become more important.  Hopefully, it will not become more complex and expensive.  At QualityLogic , we are committed to reducing the costs of DER integration through standardizing the communications required to achieve the end-goal. 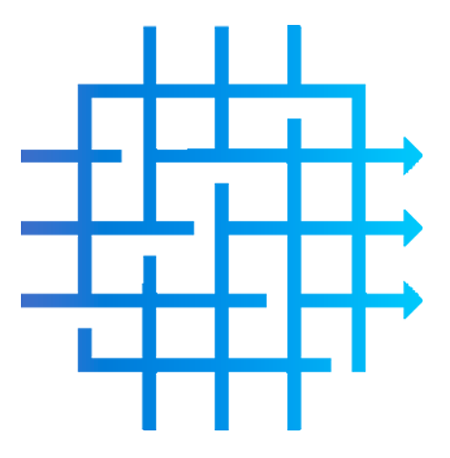